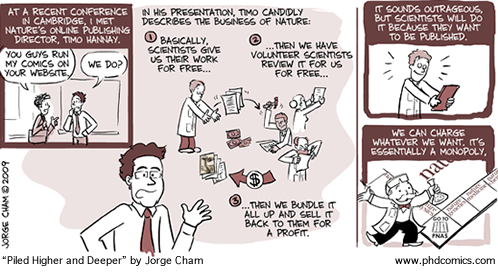 I am really excited to write about the new repository that my friend Michael Bon is just proposing here . The goal of this website is nothing but totally revolutionize the system of scientific publication. Among discussion with my colleagues researchers, I heard many of them complaining about flaws in the actual publication system but a few only found time and motivation to try to make the things change. Michael is one of them and I respect him for that.
The very idea of Michael is that improve manuscripts and scientific results not in a dominated/dominating relation but to open the peer-reviewing to any scientific interested in it. Concretely, if a work is uploaded on his website, any scientist has the right to comment it publicly. The improvement of a manuscript is then not based on a few judges but on a kind of democratic and self-sufficient principle.
Interestingly, the most influential people on this website, when it will be full-steam functioning would be the ones helping by judicious comments to improve articles and honest in their answers regarding their own manuscripts. You can find the full argumentation of Michael why this website is essential for the future of Science together with the comments as he propose it for any manuscript by members of his website here .
Now within the numerical era, establishing a high level scientific debate among all the world seams a totally feasible project. I myself posted one of my work on this website and sincerely hope that this project will take off.
PS : here is an interview of Michael Bon about his project.
Image Credit "Nature vs. Science, Pt. 2," Jorge Cham, PhD Comics, 07/17/2009

"The information Universe" is by far the best conference I attended in the past years. First of all, it is hold in the charming city of Groningen which is cozy, full of bickers such that it is sometimes dangerous to cross the street. Everything is walkable and the architecture of the houses is pretty cute. This city is dynamic and they constructed last year the biggest dome of Holland: Infoversum. Listen to conferences in such a venue is amazing! It allows to project and to visualize data in a brand new fashion.
As any good physicist would agree, there is nothing like free food and in this conference, every lunch was provided in the dome which allows for short (1h) lunch break. The people serving the food and the coffee were charming and attentive. Last but not least, the topic of the conference was really ambitious and transdisciplinary. It allowed interactions with researchers with interests in cosmology, theoretical physics, philosophy, computing science, biology, history and sociology. Some talks were more dedicated to the edge of research whereas some others were very nice introduction to the field. Here is a selection of the most enlightening talk I listen to:
-Rien van de Waijgaert showed us how magical it can be to look at our Universe in a dome with plenty of simulation of dark matter describing the filaments present in the large scale structure of our Universe.
-Barbara Terhal gave an amazing seminar on a new theoretical way of implementing a quantum computer. She also manage to show us a video of minecraft in the introduction which I find pretty cool. I learned that the world of minecraft was as big as Neptune eventhough the resolution is "only" 1m.
-A bunch of talk were dedicated to dark energy. From the theoretical perspective, Alessandra Silvestri showed a really interesting model independent way of looking at dark energy theories. An interesting question raised was to know if it is possible to include the model without dark energy component. It seems to me that it is impossible for most of the "standard" alternatives (backreaction and inhomogeneities). Tamara Davis showed an amazing number of videos organized in a really didactic way to review the observational status of dark energy.
-Frans van Lunteren, historian, presented us his perspective on the information universe as being one more manifestation of the tight links between society and science. He gave the example of the XVII century with the mechanical clock, the XVIII with the balance, the XIX with the steam engine and the XX with the computer.
-We also had the chance to have a public lecture by Charley Lineweaver who appears to be an amazing orator and spoke about the burning question of the life in the Universe.
I highly recommend anybody who has some interest in cosmology/quantum information/complex network to attend the next editions which promise to be phenomenal! 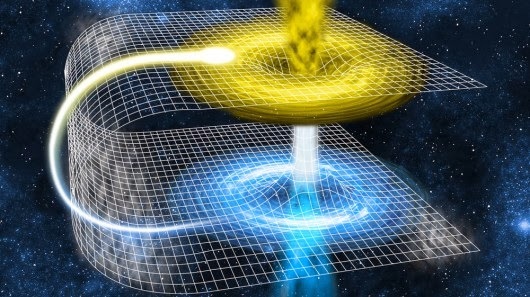 During the beginning of my PhD, I spend some time writing a popular article in french on the multiverse hypothesis. A version of it can be found here . 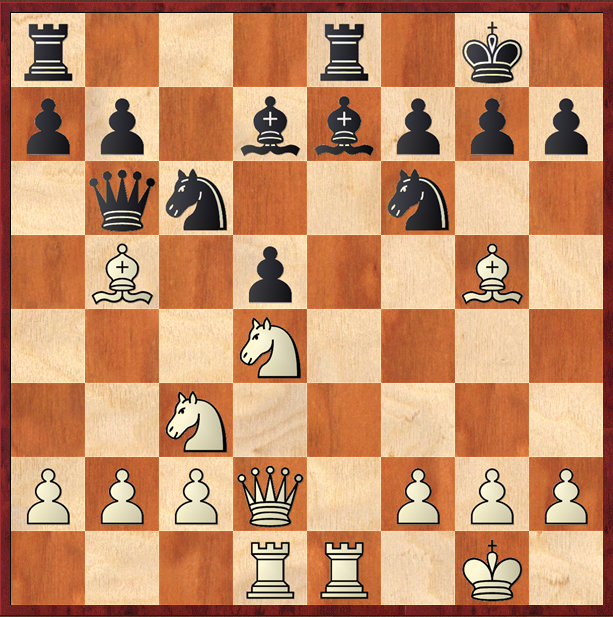 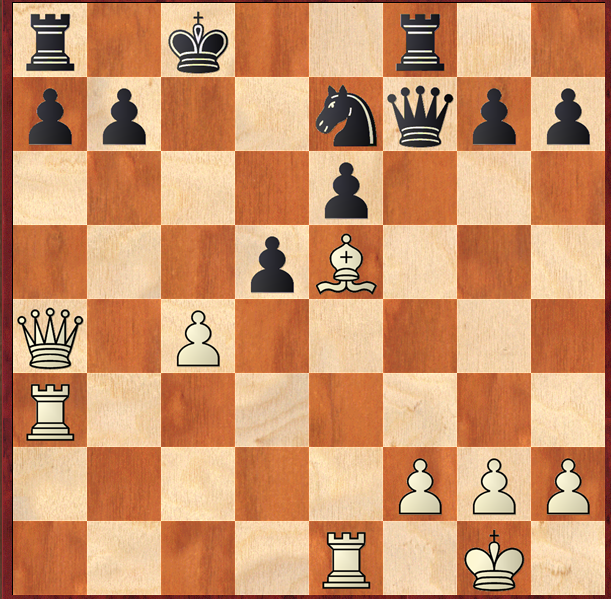